Our policy and advocacy department works with community leaders to challenge the status quo and bring about real change in this country. We focus on advancing policy platforms that urge all levels of government to invest in the potential of immigrants and refugees. That means pushing civil and workers’ rights, economic equity and environmental justice for everyone.

CHIRLA's federal platform advocates for a humane and comprehensive, immigration reform fully inclusive of immigrants that protects their human rights. We work to ensure that federal policies offer equal protection to immigrants, challenge anti-immigrant legislation, call for reductions in immigration enforcement, and seek investment in the inclusion of immigrant communities.

In California, CHIRLA seeks to make the Golden State a pro-immigrant model for the rest of the nation. We will advance state and budgetary proposals that enhance the contributions of immigrants, streamline resources to advance immigrant integration, reform the criminal justice system, enhance due process for all, foster community policing models to rebuild trust between law enforcement and immigrants, and invest to increase opportunities in education for immigrants and their children.

Immigrants at the National Level

About 44 million immigrants live and work in the United States, according to the Pew Research Center. That’s about 13.5 percent of the U.S. population. Of them, 19.8 million are naturalized citizens; 11.9 million are Legal Permanent Residents (LPRs); and 2.1 million have temporary legal status, including 689,800 with Deferred Action for Childhood Arrivals (DACA) and 300,000 with Temporary Protection Status (TPS).

CHIRLA mobilizes its members to push for fair, pro-immigrant policies, and overhaul of the immigration system.

Immigrants at the State Level

Immigrants are critical to the economies of California and the United States. Nationally in 2014, they paid $223.6 billion in federal taxes, including $123.7 billion in Social Security and $32.9 billion in Medicare. Undocumented immigrants pay into Medicare and Social Security but do not get the benefit. Each year, they contribute $13 billion into the Social Security retirement trust fund, but claim only $1 billion.

Immigrants help make California the fifth largest economy in the world. Though they make up 27 percent of the population, they are 35 percent of its employees. Immigrant-owned firms employ 1,460,099 Californians, and they generated $20.2 billion in 2014. In 2007-2011, immigrants founded 45 percent of all new California businesses, and currently, 219,857 of those entrepreneurs are undocumented. Of California’s working-age population, 74.2 percent are immigrant while only 45.5 percent are native-born.

California’s well-being is tied to the success of its immigrants. Of the $38.7 billion that immigrants earned in California in 2016, $1.6 billion went to state and local taxes, $2.7 billion went to federal taxes, and the remaining $34.3 billion represented their spending power in the state.

In light of Congressional refusal to enact a humane immigration reform plan, CHIRLA has worked to make California a model and pro-immigrant state. We are seeking to strengthen civil protections and improve the opportunities for immigrant families to help to integrate them into its economy and culture. Our work also intersects with ro create smart and compassionate judicial system.  CHIRLA has sought to mitigate the impact of the 1996 immigration law and criminalization of immigrant communities by reforming California’s penal code to utilize resources to reform and create a smart system and provide a path to redemption.  Last year, one of the most legislative successful years as 13 of CHIRLA’s sponsored bills made it to Governor Gavin Newsom’s desk, and he signed 9 into law.

Immigrants at the Local Level

Los Angeles County is the largest county in the nation, with over 10 million people of whom 3.6 million are immigrants. About 834,600 are undocumted, and 80 percent have lived in the county more than 10 years. Immigrants are 44 percent of the county’s labor force.  They represent huge purchasing power and pay billions in county taxes.

CHIRLA is proud to work with coalition partners and achieve  policy wins at the City and County levels.

Despite our victorie and  contributions of immigrants, the State of Immigrants continues to lag in economic mobility, civic engagement, and educational attainment mostly due to lack of significant investment and policies to integrate them in our county.

CHIRLA will continue to work to urge our local governments  to create policies aimed at welcoming and embracing immigrants,  increase civic participation and equitable representation,  create economic opportunities, and accomplish safety for all.

CHIRLA Advocating for All Immigrants 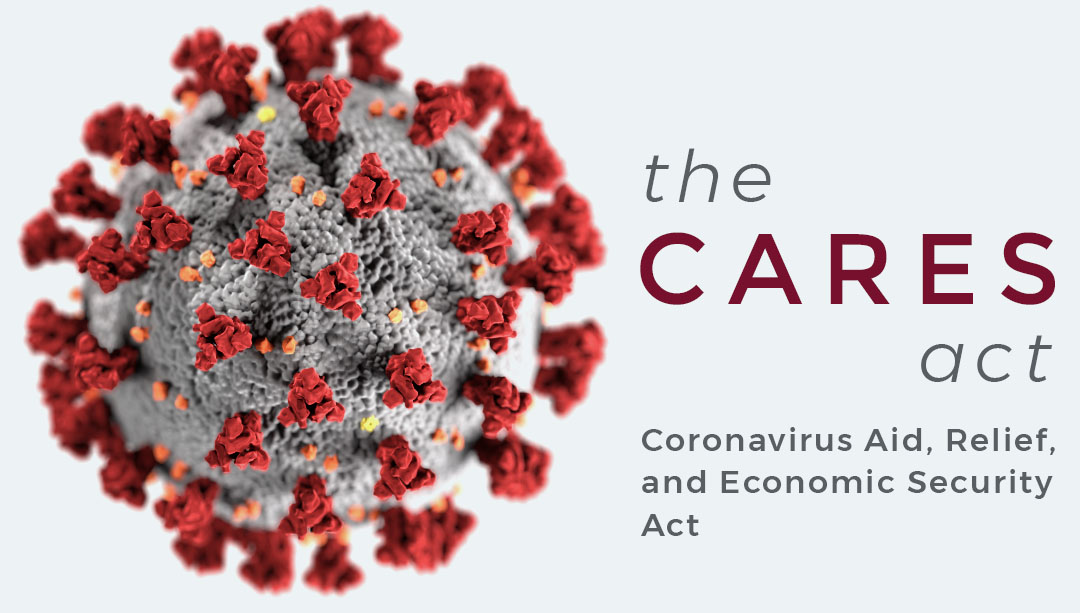 CHIRLA Responds to passage of the CARES Act

Immigrants workers put food on our tables, care for our children and elderly, clean our homes, deliver and stock our groceries, and staff our health care facilities, but the $2 trillion CARES bill excluded them. This is cruel, shortsighted and at odds with any serious attempt to tackle this crisis.

We note that, while all other federal functions have paused as the nation deals with COVID-19, full-throated immigration enforcement continues. Even as USCIS, the public service arm of the Department of Homeland Security, ceased processing applications for the pandemic, ICE remains in the streets. Critical functions like the census are on pause, with field operations suspended and self-respond periods extended--but immigration courts are open for business.

CHIRLA and its allies recommended steps to address this shortfall, and legislators ignored them. We urge Congress to include immigrants in the next relief package.

During the week of March 12-23, 2020, CHIRLA surveyed 1,222 people using a combined phone survey and in-depth interviews about their COVID-19 concerns. CHIRLA now has a clearer, more expanded picture of how this disease is affecting immigrant communities across California. CHIRLA is using the survey results to provide elected officials with on-the-ground perspective to ensure future relief efforts are inclusive and equitable.

Our Demands on Immigration Enforcement and Detention

In the absence of inclusive and equitable relief for immigrants from the federal government during the emergency, CHIRLA joins 60 organizations in urging California to create a state response for immigrant communities including access testing treatment, and economic relief.

On March 19, Governor Gavin Newsom issued a stay-at-home order for all of California—the first in the nation. That week, the Legislature approved $1 billion in new spending to combat COVID-19.

In Newsom’s order, only essential industries and essential workers can operate. About one-third of California’s essential workforce is immigrant, and fills a crucial gap to help California meet this unprecedented challenge. Immigrants care for the sick and ensure our food security during the COVID-19 crisis. In 2016, almost one in four California doctors had graduated from a foreign medical school, a likely sign they were born elsewhere. Also, 121,141 of our nurses (36 percent) are foreign-born. Of the state’s nursing assistants, home health aides and psychiatric workers, 90,217 (44 percent) are foreign-born.

Sean Tan member of the California Dream Network, CHIRLA’s college state-wide youth program, to participate in She the People-Congressional Women of Color Town Hall focused on COVID-19 Relief in Congress. Sean spoke about his own experience, his concerns and asked Rep. Chu a question. Watch the video here (40 min mark).

Read the guide for more information about State Legislation, Executive Orders and Guidance

On March 19, the Los Angeles County Board of Supervisors and Mayor Eric Garcetti issued  a Safer at Home order that required residents to shelter in place. Since March 4, Garcetti has issued 13 COVID-19 orders, including an emergency declaration, to detail what residents can do and how city workers should respond. The City Council approved $20 million in reserve funds to respond to COVID-19 and activated the Disaster Service Worker program.

In the absence of inclusive and equitable COVID-19 relief from the federal government for immigrants, a coalition of 70 organizations, including CHIRLA, urged the city and county to create a plan to prevent mass evictions, expand county health programs, help those who do not qualify for federal aid, and work with law enforcers to keep from turning immigrants over to ICE.

For the moment, here are the most important city actions:

COVID-19 testing In Los Angeles is free for everyone, though it is currently limited to people showing symptoms or those who can’t work because they’ve been exposed to an infected person. Also, there is priority for the elderly and those with underlying illnesses, and first responders or essential workers. People can apply through a diagnostic portal to determine eligibility. City officials are working to increase capacity for more testing.

A local moratorium on evictions is in place through Garcetti’s emergency order of March 15, which expressly barred landlords from evicting tenants who experience the following:

Joseph Villela is director of policy and advocacy at CHIRLA. He has dedicated his career to changing policy through direct engagement with immigrants, workers, and other impacted communities throughout California. Joseph is a dedicated and accomplished government relation professional with more than a decade of experience in monitoring, analyzing legislation, with a successful legislative track resulting in the enactment of countless state proposals and millions in investments for programs to integrate immigrant populations. At CHIRLA, he has developed and managed legislative and  budget campaigns to improve the lives of the most vulnerable Californians. Joseph is a University of Los Angeles California (UCLA) graduate and is a proud parent of a 7-year-old.

Carl Bergquist,  a social justice advocate and an immigrant from Sweden, helps steer CHIRLA’s advocacy efforts at the national level. He holds a law degree from the William S. Richardson School of Law at the University of Hawaiʻi at Mānoa. While in Hawaiʻi, he was Executive Director for the Drug Policy Forum of Hawaiʻi, working to reform racist drug laws that hurt immigrants and Native Hawaiians. Carl has a master´s degree in Ethnic and Migration Studies from the University of Amsterdam, and a bachelor’s degree in foreign service from Georgetown University.

Christopher Sanchez is CHIRLA’s representative in legislative circles in Sacramento. He advances CHIRLA’s state legislative platform as he educates and builds relationships with members of the Legislature, state agencies, and other policy making bodies that impact the lives of immigrants in California. Christopher has worked on criminal justice reform, expanding access to higher education, workers’ rights, and the environment. Campaigns he has worked on include Education Not Deportation, which halted a close friend’s deportation, and the passage of AB 539, which protects Californians from predatory loans.

Mariana Magaña is the local policy advocate at CHIRLA. She has a bachelor's degree in political science from UCLA and is a former executive fellow through Sacramento State University and the office of Governor Edmund G. Brown Jr. Born in Jalisco, Mexico and raised in Santa Monica, Mariana is passionate about inclusive immigration policy and challenging conventional immigrant narratives.

CHIRLA has been serving and protecting the immigrant community since 1986. We're a nonprofit organization that relies largely on your support to getting our work done. Please pledge your support today!